I haven’t logged into WordPress using this nym in a while; I associate it with some fairly sad and negative experiences that I’m still not fully over.

The new nym, which I won’t divulge here, doesn’t have a blog associated with it yet. Not sure if it ever well, so the indifferent universe isn’t missing much, lol.

Have a video, universe, just for the hell of it! (Only the lack of socialist criticism makes this less than perfect).

One of my new favourite blogs went private the other day. It’s so frustrating, and yet I completely understand it. Critical analysis of anything, especially trendy or popular things, tends to bring out the worst in people, and there’s really only so much hatred one can take. And as the blogger was doxxed, well, keeping safe is more important than anything else.

I just wish that people would stop being assholes just because the internet allows for anonymity.

We cannot allow censorship and silencing of individuals

…when your favourite blog goes to the dogs?

No, seriously, any suggestions for new ways to spend my time? I’ve finished the backlog of Welcome to Night Vale podcasts, so I’m in need of new distractions. If I’d known what was coming, I’d have spaced my listening out a lot more. I’d listen to Serial, as it’s popular, but ugh, too problematic. Hmmm, time to surf the interwebz for interesting content.

I suppose I could also get back to reading and reviewing adaptations… Nah.

Update: I’ve decided to start the Welcome to Night Vale series over again. Like a good book series, I don’t know if you can hear them too often!

If you’re even slightly a fan of H. P. Lovecraft (it’s arguably better to only be a moderate fan, like me), you might just want to listen to the podcast Welcome to Night Vale. It’s a little eerie, definitely funny, poetic, dark, and absolutely delightful.

The Bloggess mentioned it in her Girl Scout post, which made me curious, and so I went and listened to it online (most of it is free, a few of the live shows are ‘pay what you want’) and was enthralled. My only sad is that now that I’ve caught up, I too have to wait with all the other fans till the next episode comes out (1st & 15th of most months).

I never thought I’d feel good about the Girl Guides (Canadian) but after reading all this, I’m a lot happier with them!

The Bloggess: An Open Letter to the Girl Scouts

On December 17, Quebec anti-sexist men demand dignity and safety for ALL women 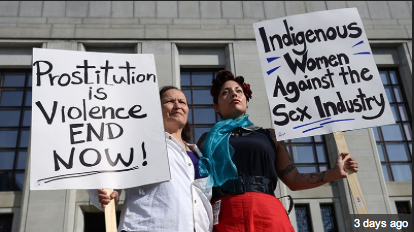 For the newly-formed Zéromacho Quebec organization, Bill C-36 is the first step toward a country where people will no longer prostitute women who have no other choice. As did Sweden, Ireland, Norway, and Iceland in recent years, Canada has chosen, with a vanguard reform of its Criminal Code, to stand up to those who want to make an industry out of our sexualities.

Putting an end to the criminalization of women in prostitution with Bill C-36 and better targeting their exploiters, Canada offers to all disadvantaged women a guarantee of dignity and security, say Zéromacho spokesmen.

…but the novel isn’t.

I face this same scenario, year after year (I’ve been doing NaNoWriMo since 2005); I reach 50k, but that’s usually less than half the actual novel, given the arc and what I’ve written. This year was no different. I know I’m probably at the 1/3 mark, but this year, not only is it not even close to done, but lots of other issues popped up.

Issue 1: The first 10k or so need to be cut completely. I hit a certain point and went, ‘hey, this is where my novel should start!’. Not a big issue, but definitely a nuisance.

Issue 2: There’s an underlying plotline begging to be written. I wanted to avoid writing it, dammit, but I’ve found that trying to write around it has actually brought me to several dead ends with the main plot. Sigh. This also means lots of editing of what’s already written to fit it in; it completely changes certain things, which means some of the stuff I’ve written will have to cut en masse.

Issue 3: Morally ambiguous sex scenes. This is what I get for not outlining.

Issue 4,5 & the rest: Mostly as a result of not outlining, I’ve got a lot of vague things floating in this story. I’m debating going back and outlining, but I’m procrastinating.

So nothing in this story is getting written right now. Argh.  I may just let it all percolate and either a) finish an earlier NaNo or b) actually work on one of the zillions of ideas floating in my head. Which means outlining.